Implantmed – the game changer
in implantology

From innovation to a strong brand: Implantmed. These days, W&H’s high-end device is synonymous with dental implantology. Clear design combined with technical finesse make Implantmed an absolute game changer – and that’s been the case for 20 years. It is opening up new possibilities for treatment and is helping the professional community to progress. We have seen Implantmed grow rapidly from a new technology to becoming a best-selling smart device today. 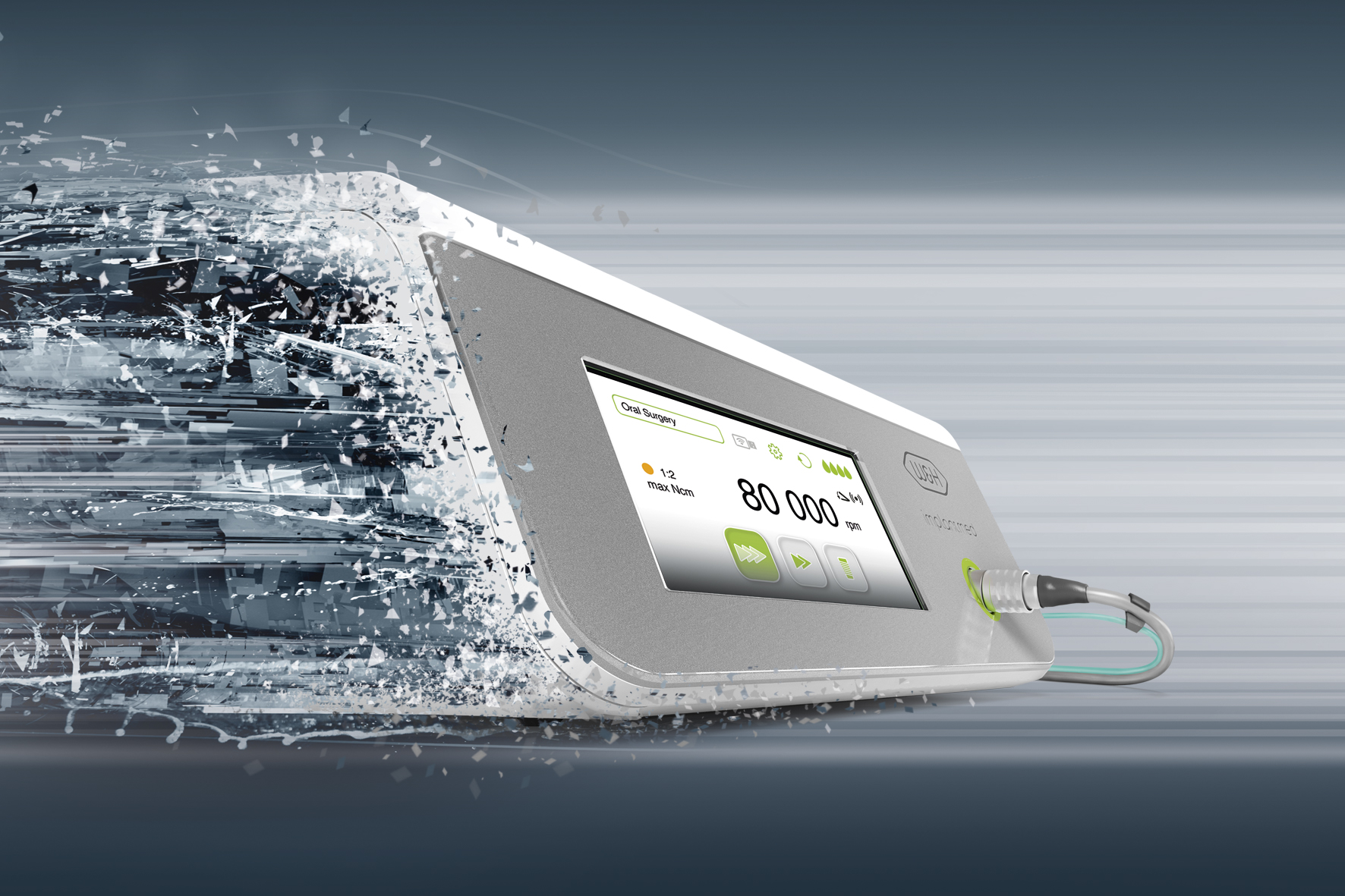 What a story – 20 Years of Pioneering Spirit! And now there are Implantmed fans right across the world. This W&H innovation enables efficient and safe work processes and ensures that the dentist can fully concentrate on what’s essential, namely treating the patient.

The enabler for individual workflows

Technologies for implant stability measurement and smart solutions for digital networking make Implantmed unique in the industry today. Users can tailor it to their individual implantology workflow and, thanks to its optional product features, it can be ideally adjusted to clinical requirements. However, the journey from the very first Implantmed through to the smart device has been an incredible evolution, and one which is continuing apace.

Making a splash from day one

It was a race against time. The IDS was due to start on time, but the newcomer was not quite ready yet for its grand début. With a great deal of dedication, the team of developers applied the final touches and put Implantmed in pole position just in time: and, bang on schedule at IDS in March 2001, W&H’s new implantology motor was presented to the profession for the first time. With its sterilizable motor and cable, five different programs and straightforward and safe operation, it really caused a stir in the professional community. Despite the tight time frame – the goal was achieved and the foundations laid for future success. 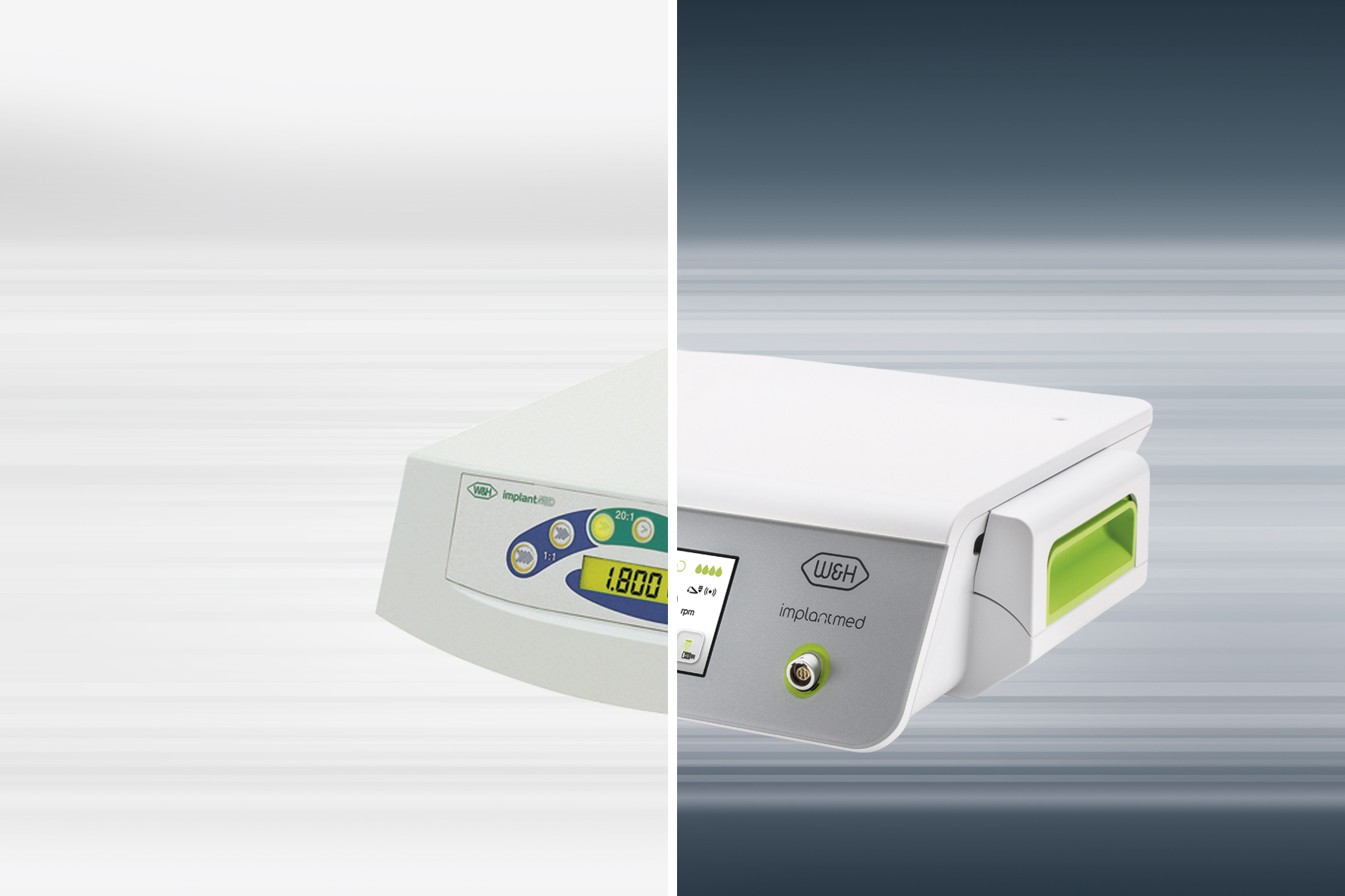 Because of its uniform user interface and standardised program processes, once you've used one Implantmed, you can use any of the generations. The Implantmed guarantees optimal usability.

In 2005, Implantmed was given a new ergonomic design and improved motor technology. Available in two housing colours, it made an eye-catching addition to any dental practice. Numerous implant manufacturers added the W&H product to their portfolio.
Shortly afterwards, the innovation was given a facelift and, from 2011, was available in a shiny new housing. An integrated mechanical automatic thread cutter function was also included from this point, providing support for implant insertion in the lower jaw.

Just five years later, W&H took the Implantmed technology to the next level with an innovative cooperation with Osstell AB, now a member of the W&H Group. Implantmed was the first implantology motor to be enhanced with Osstell’s ISQ functionality for implant stability measurement. For the first time, this allowed the clinician to check the status of osseo-integration non-invasively and in real time and thus determine the optimal load time for an implant. A proud moment and a milestone in safety! But it didn’t stop there, this Implantmed generation also featured a colour display, touch screen, a new coolant pump, individual user profiles and a documentation function, as well as customization features. A wireless foot control ensured that several W&H devices (such as Implantmed and Piezomed) could be conveniently and easily operated with just one foot control. The new motor was the shortest and most powerful implantology motor on the market.
The version with a light ensured optimal illumination of the treatment site.
In 2018, W&H increased the range, adding the Implantmed Classic and Implantmed Plus to its portfolio. This meant that customers had a choice of two models to meet their individual requirements. 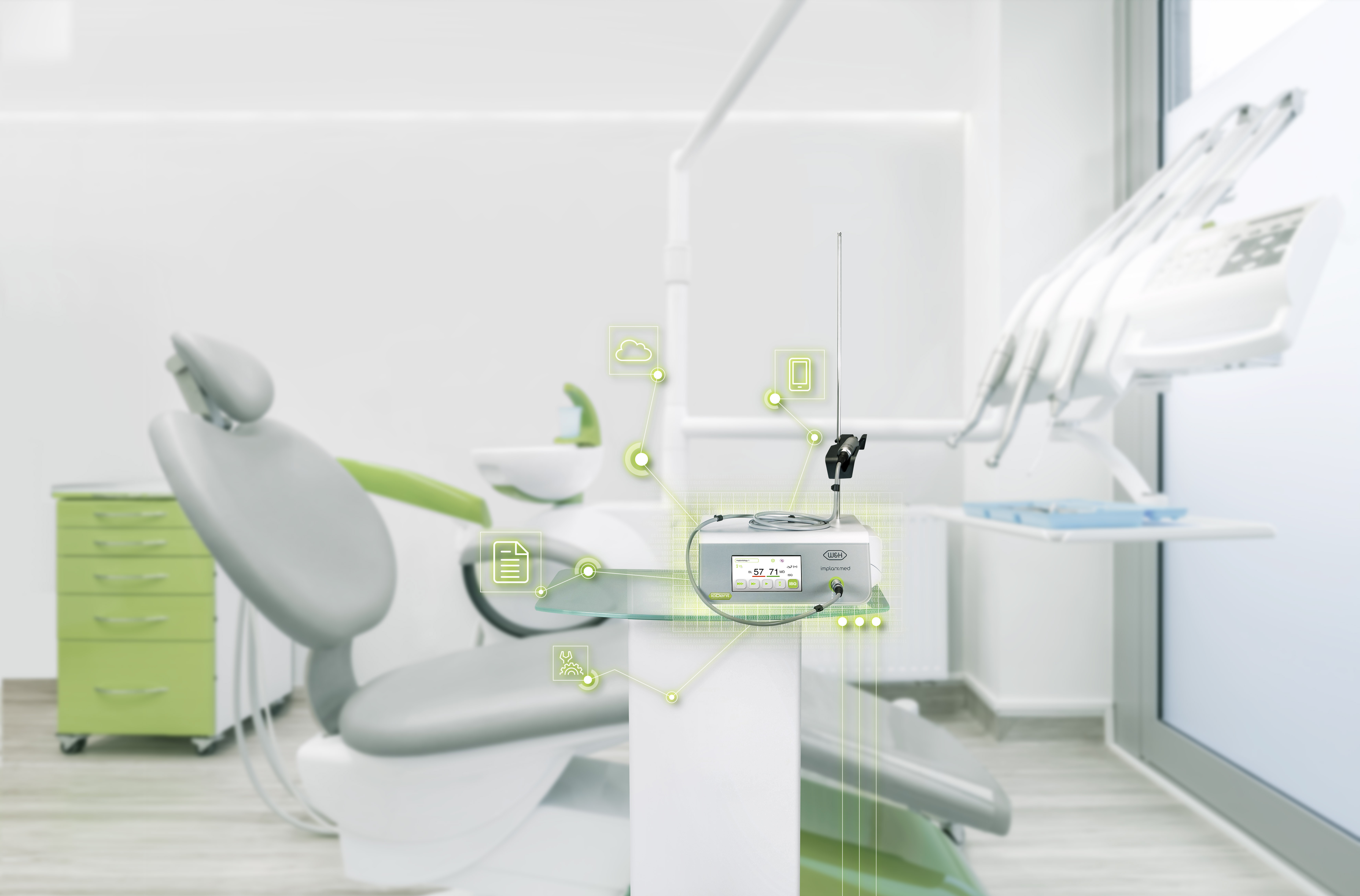 With Implantmed Plus and the ioDent® system, W&H is helping dental practices ‘go digital’.

ioDent® is the first step in connecting Implantmed to the Internet of Dental Things. The new digital solution was unveiled at IDS 2019 in Cologne. Implantmed Plus and the ioDent® system support the digital implantology workflow and connect dentist, patient and high-end devices. Implantmed is ready for the digital future.

Always a step ahead

W&H has been responding to dentists’ surgical requirements for over 20 years. Every Implantmed generation is always a step ahead. Now, as they did before, technical features and optimal reliability make Implantmed a game changer in implantology. And this ambition will carry us forward into the future. Implantmed is becoming an innovative systems solution –
highlights guaranteed! 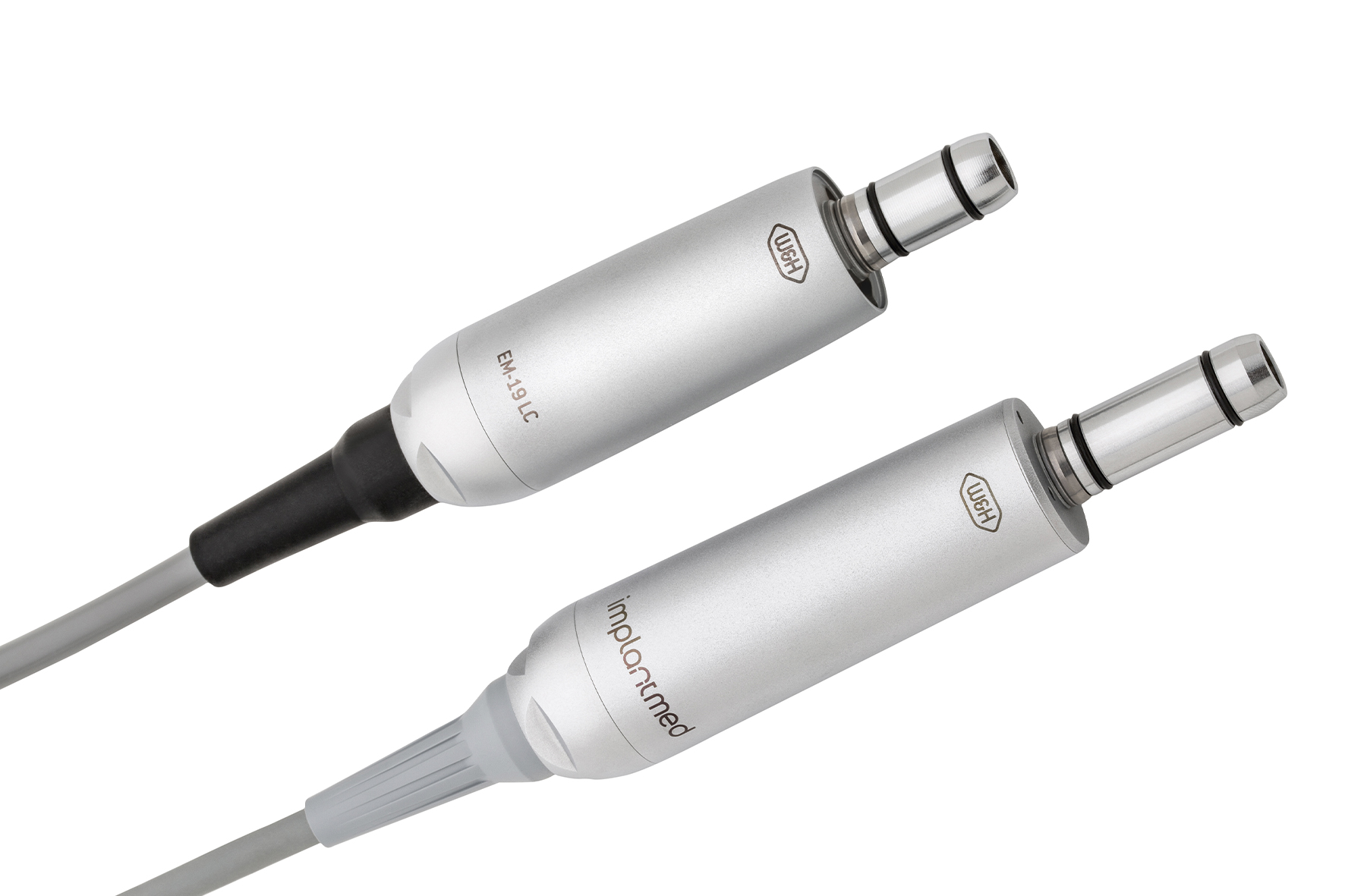 With Implantmed, W&H offers the shortest and most powerful implantology motor. 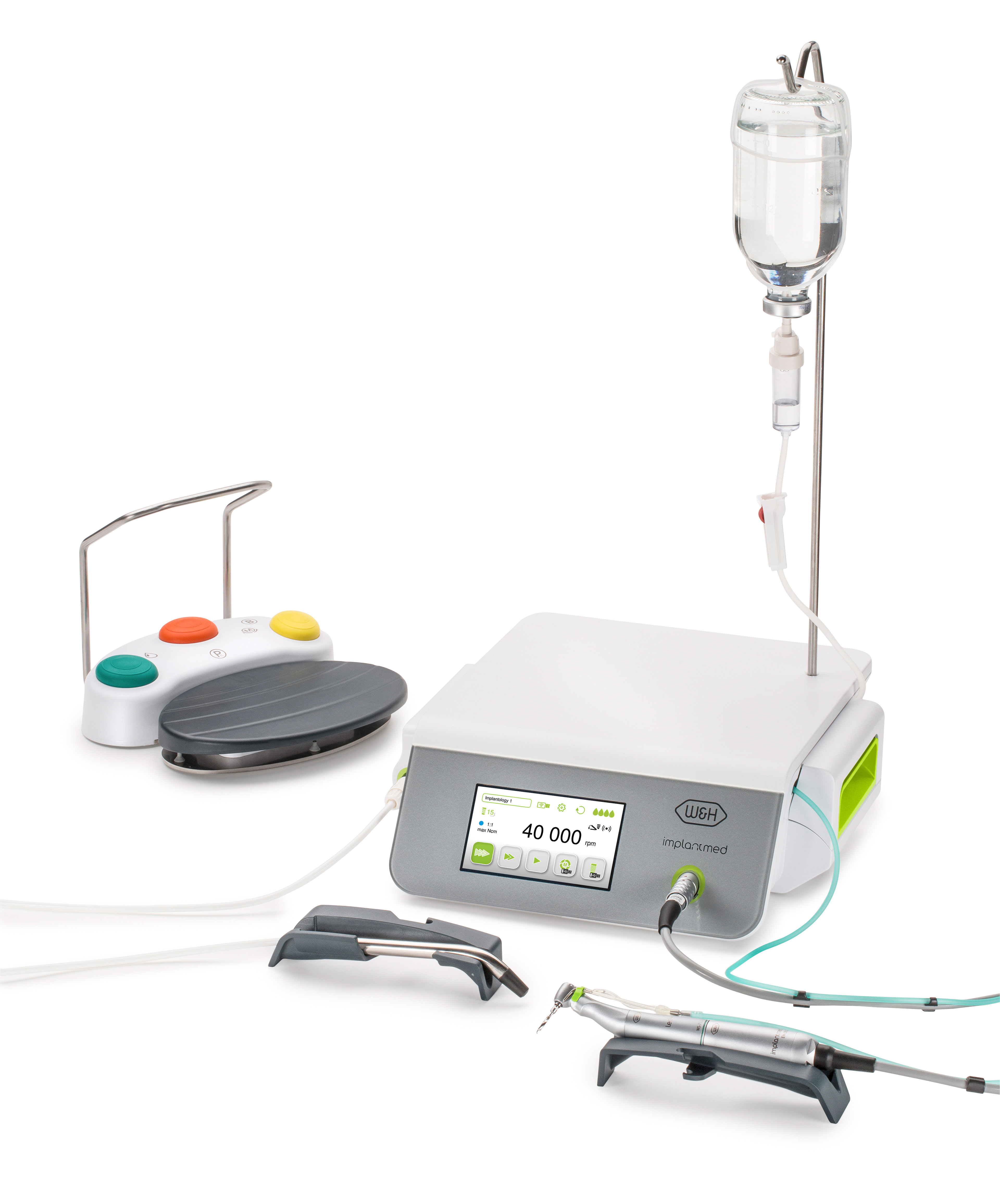 The Implantmed Plus offers implantologists a powerful device with optional extra features. 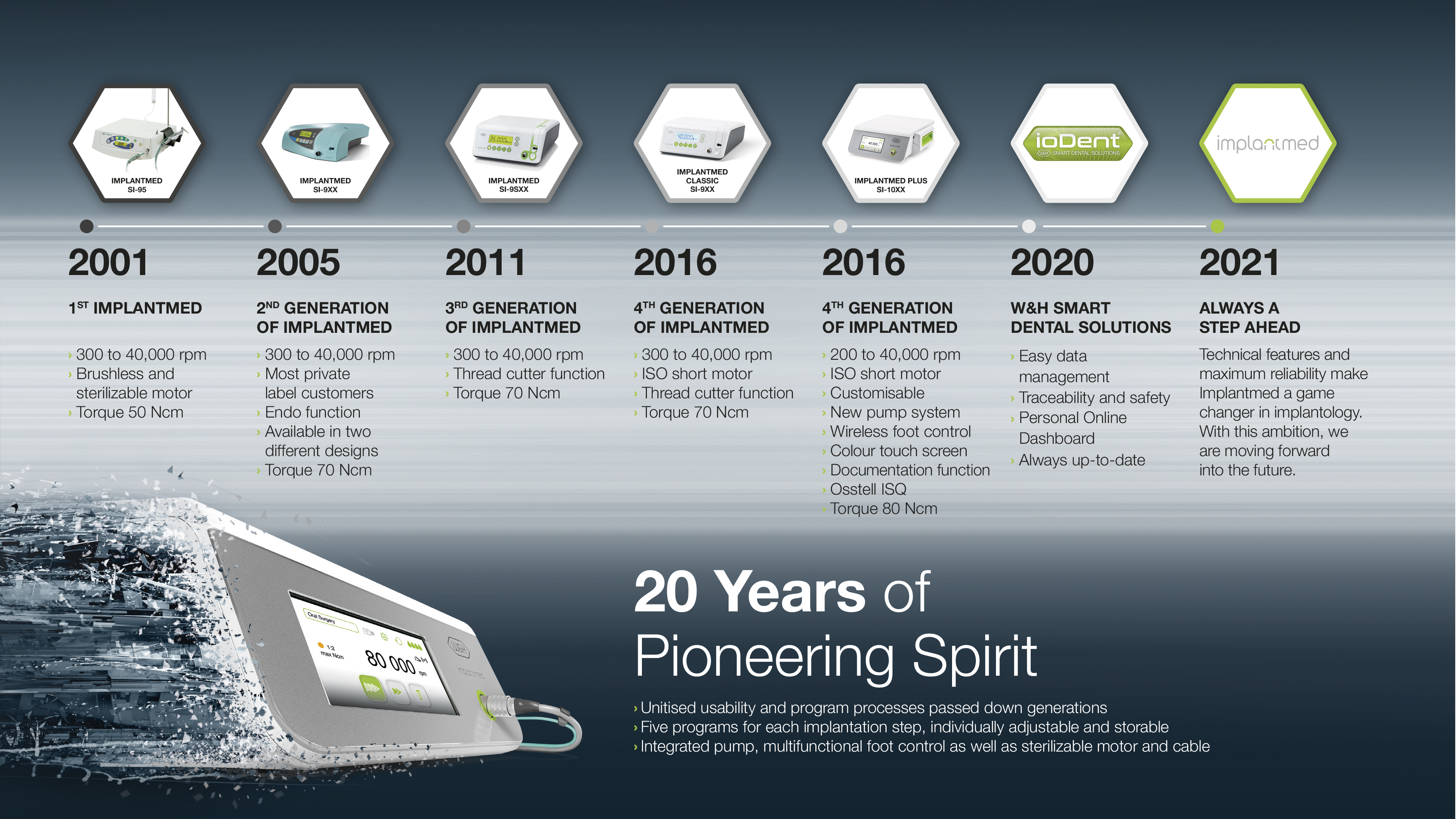 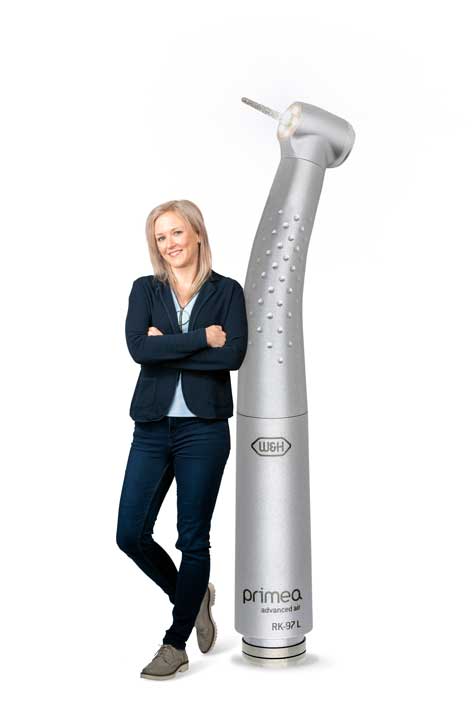